A man sustained serious injuries when he was ejected from his vehicle during a crash in Massac County. The victim remained under treatment as of Saturday, August 8. He was identified by the authorities as Benjamin L. Comer, 30, of Metropolis.

According to the details shared by the Illinois State Police, the accident itself occurred on Friday, August 7. Benjamin L. Comer was traveling northbound on the North Avenue at Country Club Road at the time. His vehicle was identified as a white 1994 jeep. Another vehicle, identified as a white 2000 Ford F150, was traveling in the opposition direction in the southbound lanes of the road. The driver of the Ford was later identified as Justin M. Anderson, 21, of Metropolis.

Just as the Ford vehicle drew close to the jeep, Anderson took a left turn. This brought the Ford directly into the path of the jeep. The jeep collided into the passenger side of the F150 at a high rate of speed. The collision significantly damaged the jeep and caused its driver, Comer, to sustain serious injuries. Once the paramedics arrived on the scene of the incident, Comer was airlifted to an area hospital.

Anderson remained largely safe in the incident and had no significant injuries to report. He also refused medical attention on the scene of the crash.

Preliminary investigations by the ISP revealed that Comer had the right of way. Anderson was cited with failure to yield turning left. Subsequent accident reports may show what penalties were imposed on Anderson for such negligence.

Next Teen Boy Everick Howard Dies in I-290 Crash 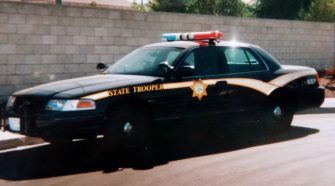