A man was killed when the vehicle he was driving ran into an accident. The vehicle also had a passenger in it at the time who sustained minor injuries. The victim who died was identified by the authorities as Bud Prater, 75, of Vandalia as per the initial accident reports.

According to the details shared by the Illinois State Police, the fatal accident occurred in the Fayette County over the weekend. It was reported to the authorities just after 1 p.m. on Sunday, August 9.

Bud Prater was traveling on the Main Street at the time, less than a mile from the Fayette County Road 600 East. He apparently lost control of the vehicle upon which the vehicle veered away from the roadway. It then overturned and came to rest in a creek bed by the side of the road.

The passenger who was traveling with Prater was identified by ISP as Patricia Bales, 52, also of Vandalia. Bales sustained minor injuries in the crash. She was transported to the Fayette County Hospital and received treatment.

ISP continues to investigate the incident. At this time, the investigation is aimed at understanding how the crash occurred. It is likely that Prater suffered a medical emergency which led to the collision. Autopsy results and subsequent accident reports may reveal the actual cause of death and the likely factor that caused the crash. 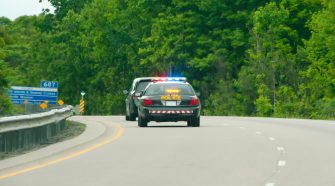 Nicholas Kawula Charged In Accident That Claimed the Life of One