On Tuesday evening a 37-year-old male pedestrian was hit and killed by a car as he crossed a section of Brookhurst Street not marked as a crosswalk.

The Garden Grove Police Department and Fire Department responded the scene of the accident just before 7pm and administered medical aid to the male pedestrian. He was later pronounced dead at the scene.

The accident happened in the number 3 lane of northbound Brookhurst Street, just south of Bixby Avenue. The 37-year-old male was crossing Brookhurst Street when he was struck by a silver 1999 Isuzu trooper driven by a 26-year-old male. The driver of the Isuzu stayed at the scene to cooperate with traffic investigators.

The investigation is ongoing but it does not appear that alcohol or drugs were a factor with the driver of the Isuzu.

The Garden Grove Police Department’s Traffic Accident Investigation Unit would ask any witnesses of the accident to contact them at 714-741-5704.

Next Man Run Over by County Vehicle on Venice Beach 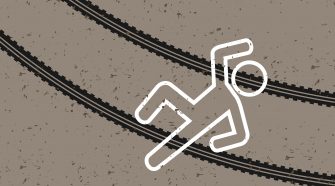