There appears to have been one victim involved in the initial accident. Following the crash, the victim told police that he had been the victim of a hit-and-run, and gave a description of the vehicle.

Police were able to find the vehicle based on the description, and managed to track down the suspects involved in the hit-and-run at 1:20 p.m. in the 2900 block of Skokie Avenue, after forming a perimeter around the area and instituting a soft lockdown. There were two suspects, although there were also reports of a third which turned out to be unfounded.

The car involved in the incident was also found to have been reported stolen in Zion earlier on Tuesday.

Previous One Dead in Milpitas Crash

Next Deadly Crash on Highway 23 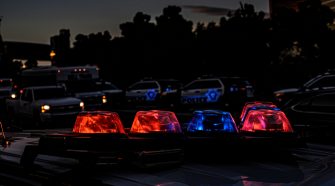