A man succumbed to the injuries he sustained in a crash following a police chase in Murrieta. The incident took place on Thursday, October 1. The deceased man was identified by the authorities as Keshon Manning, 25, of Desert Hot Springs.

According to the details shared by the California Highway Patrol, Manning was the passenger in a vehicle involved in the police chase. The pursuit began early on Thursday morning at around 3 a.m. The vehicle Manning was traveling in was identified as a BMW. It was stopped by a police officer close to the intersection of the Jefferson Avenue and the Murrieta Hot Springs.

However, the driver fled the stop and sped northbound on the Avenue. A police chase ensued during which the BMW driver crashed into a second vehicle at an intersection. This was identified as a red Honda. After colliding with the Honda, the BMW veered into the southbound lanes where it crashed into a Murrieta Police Department vehicle.

The impact of the collision caused the patrol vehicle to roll over. The BMW driver and Manning sustained serious injuries. Two occupants of the Honda also suffered moderate injuries. The patrol officer in the vehicle hit by the BMW sustained major injuries and was airlifted to a local hospital. The other injured parties were also rushed to a hospital.

Keshon Manning remained under treatment at the hospital for several hours. However, he succumbed to his injuries and was pronounced dead at around 3:30 p.m.

California Highway Patrol, Riverside County District Attorney’s Office and Murrieta Police Department continue to investigate the incident. Subsequent accident reports will show if any formal charges will be filed against anyone. 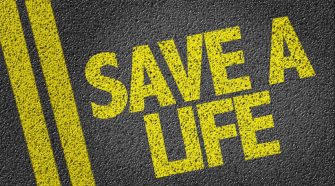