The man who struck two children at a crosswalk in Tucson, Arizona, has been apprehended by officers with the Tucson Police Department. During the weekend, the department disclosed that they have Ernesto Carrizoza, 39, in custody.

The man faces a second-degree murder charge and other felonies and would need representation from a car injury lawyer. The police said that they are holding the hit-an-run driver on a $1 million bail bond.

The fatal incident claimed the life of a 9-year-old boy and left his 10-year-old brother in critical condition. Father Andriy Chirovsky of St. Michael Ukrainian Catholic Church identified the two as Eduardo Lautaire and Max Lautaire.

The TPD said that at about 5 p.m. on Wednesday, September 30th, Carrizoza’s BMW SUV traveled on East Broadway Boulevard near Sarnoff Drive. The boys and their mother, Valentina Lautaire, were crossing within a crosswalk when the car struck the boys.

Witnesses told the police that Carrizoza stopped for a bit after the crash but drove away without rendering help to the victim. There is no additional information on the man’s arrest at this time. The investigation remains active.

A second-degree murder charge is a severe offense in Arizona, with potentially life-changing penalties. The state’s Revised Statutes specify that those convicted of the crime would face a minimum of 10 years in prison.

The sentencing guidelines provide 25 years as the maximum sentence. A previous conviction of the offense and the felony class would also impact the severity of the punishment.

Next Keshon Manning Dies of Injuries from Police Chase Crash 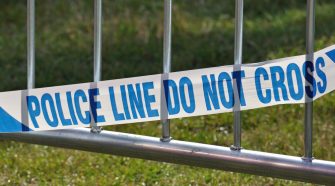