The expertise of auto accident attorneys would be useful following the identification of two people killed this week in a multi-vehicle crash south of Chico, California. The Butte County Coroner’s Office, on Thursday, June 11, named the victims as Lupe Ortiz and David Sims, both 55-year-old residents of Los Molinos.

The Butte County authorities said the two victims died in a traffic collision involving no fewer than six vehicles on Highway 99 and Neal Road. The California Highway Patrol records showed that the crash occurred at approximately 10 p.m. on Wednesday, June 10.

Initial reports suggested that the victims were traveling together in a Honda Accord heading northbound on 99. A semi-tractor trailer was following closely behind the Honda, approaching the intersection. CHP officials said the Honda pulled over to observe the stop sign on the traffic light, but the big rig failed to stop on time. As a result, it slammed into the rear of the Honda.

The impact of the collision caused the struck car to skid forward, crashing into another waiting vehicle in front of it. This started a chain reaction that affected about six parked vehicles at the intersection.

Ortiz and Sims, who were the only occupants of the Honda, suffered fatal injuries in the accident. No other injury or death resulted from the multi-vehicle wreck, CHP records show.

Authorities later identified the big rig operator as Jobanjit Singh, 22, of Sacramento. He did not appear intoxicated at the time of the crash.

The CHP is investigating to ascertain what caused the motorist to fail to slow down at the intersection.

Involving auto accident attorneys in such situations would ensure the case gets appropriately reviewed. An independent probe may also follow to enable the victims’ families to have substantial claims to pursue a wrongful death lawsuit. 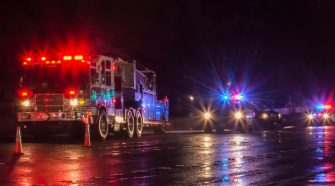 Jose Perez-Martinez Injured In A Chain-Reaction Accident In Napa