Mamlekat Joseph, a 71-year-old woman from Long Beach, was crossing in the crosswalk going south on Magnolia Avenue. The accident took place on Saturday, February 8.

The Long Beach Police Department was notified of the crash at 11:16 a.m. where they discovered that Joseph had been hit by a bus at the corner of Magnolia Avenue and West Third Street that involved a pedestrian and a bus.

The initial investigation conducted by the Long Beach Police Department found that Joseph was crossing the street within the crosswalk. It was indicated to the police that the “walk” sign was lit indicating that she could cross the street. A 2002 Bluebird Bus was traveling northbound on Magnolia Avenue when it tried turning left onto West Third Street, striking Joseph.

The woman was trapped beneath the bus when the fire department arrived. The paramedics and fire department worked diligently to free the woman. She was pronounced dead at the scene of the accident.

A 25-year-old man from Van Nuys, whose name was not released, was driving the bus. He remained at the scene and was cooperative with the police. After the report was completed, he was released.

The Long Beach Police Department does not think that drugs, alcohol, or distraction caused the accident. The driver had a commercial driver’s license that was valid and proof of insurance for the bus.

The police are seeking help from the public, asking that any information pertaining to the accident be called to their tip line. The accident investigation is still ongoing. 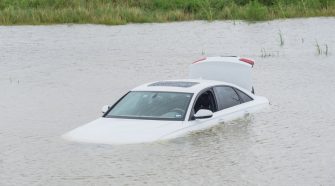