Preliminary investigations by the Coles County Coroner office showed that Lee was attempting to jump a battery on the trencher when he fell. What followed was a vehicle at the Oakland street department rolling on top of the trencher.

The deceased’s co-workers found him pinned under the trencher and called 911. Then they proceeded to lift the vehicle with a jack so that they could pull him out.

An EMT crew who arrived at the scene were unable to revive Lee, and at about 11:26 a.m., he was pronounced dead. The county coroner, Ed Schniers, is investigating what caused the deceased to fall.

Schniers has not been able to determine if Lee accidentally slipped or a medical condition made him fall. An autopsy has been scheduled for Wednesday, February 12th, to clear the gray areas.

The Occupational Safety and Health Administration (OSHA) will carry out investigations into the accident. Trench work is one of the most hazardous construction works, according to OSHA.

It defines a trench as a narrow underground excavation that is deeper than it is wide but is not wider than 15 feet. Trench collapse and related accidents cause dozens of fatalities and hundreds of injuries each year.

Street and construction site workers are advised to always go into a trench protected. Trenches should be inspected daily by competent persons to eliminate possible risks and dangers to workers. 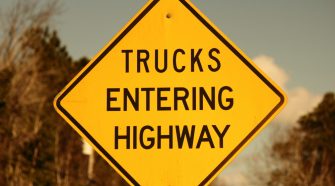 Jose M. Moreno Killed After Crashing into Back of 18-Wheeler