Police in Palm Desert are investigating a crash that killed 58 year old Maria Vera as a case of reckless driving.

Vera’s car was involved in an initial accident that turned them over on Interstate 10. Both passengers were freed as police attempted to free Vera. At that point, a big rig sped at the accident scene, causing police and witnesses to scatter. The truck then struck Vera’s overturned vehicle, pushing her the length of a football field — killing the mother of four.

The accident scene had been clearly marked, and according to witnesses the truck was traveling faster than 50 mph in the accident zone. The driver had claimed he didn’t see the initial scene, and was detained by police. According to the truck door, it was operated by Rob Mac LLC of Davis, Calif.

If you have lost a loved one in an accident due to someone else’s negligence, it’s important you speak to an attorney about your rights. Use our form below to schedule your free consultation and learn about your rights.

Previous Mitchell Viturino, 61, Of Fullerton Killed By Driver Who Ran A Red Light 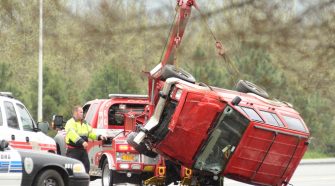