Paula Napoli, 43, of Winchester died after an accident with a suspected drunk driver in a wrong-way crash on January 2, 2020.

Napoli was driving her Infiniti on State Route 76 in Pauma Valley, an unincorporated area in San Diego County. Her passenger was a 44-year-old woman from Simi Valley.

A 23-year-old woman from Temecula was driving a Toyota Prius  eastbound. At about 10:30 p.m, witnesses say, the driver veered into the westbound lane near Adams Road in an attempt to pass other vehicles. As a result of her actions, she crashed head-on into Napoli’s Infiniti.

Responding firefighters extracted Napoli from the wreck. They then brought her to the nearby Pala Fire Station, where they attempted to resuscitate her. However, she was pronounced dead before they were able to transport her to a hospital.

Napoli’s passenger and the suspected drunk driver suffered moderate injuries. Both went to Palomar Medical Center and are recovering.

On January 8, officers from the California Highway Patrol arrested the Prius driver on suspicion of driving under the influence of alcohol. 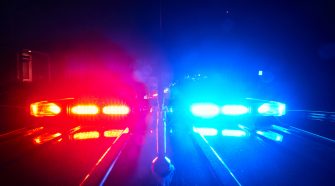