UPDATE: Conrad J. Gillespie faces multiple felony charges in connection with a three-vehicle accident Jan. 8 that resulted in the death of Tonya Shearon.

Illinois State Police have charged Gillespie, 23, of Bement with the Class 2 felony of aggravated driving while under the influence of alcohol resulting in a person’s death. They have also charged him with the Class 3 felony of reckless homicide, and a Class 4 felony of driving under the influence. In addition, ISP cited him for not having insurance, unlawfully driving while in possession of cannabis and improper lane usage.

Gillespie’s arraignment will be on March 3 in Piatt County court.

She was driving her black 2012 Nissan Sentra southbound on Illinois 105. Conrad Gillespie, 22, also of Bement, was driving north in his black 2008 Honda Accord. At Piatt County Road 1350 N, he moved into the southbound lane to pass another vehicle. As a result, he crashed head-on into Shearon’s car.

The impact forced the Nissan into the northbound lane. There, it collided with the car Gillespie had attempted to pass. Arthur Anderson, 52, of Bement, was driving that white 2016 Ford Fiesta.

The Piatt County coroner declared Shearon dead at the scene.

Anderson received minor injuries. Gillespie’s injuries were serious, however, and responders took him to an area hospital. Police cited him for improper passing and lane usage and also charged him with the possession of recreational cannabis in a vehicle.

The investigation into this head-on wrong-way crash continues. 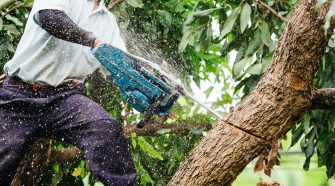