Almost a year after he was involved in a crash that killed a five-year-old boy, a Sacramento, California man has been sentenced to 19 years and eight months in prison.

Luis Figueroa Jr. suffered fatal injuries in a crash on Interstate 5 near Woodland on June 20, 2019, just after 9 p.m.

According to accident reports, 34-year-old Shayne Carlyle was driving recklessly as he made his way from Sacramento to Woodland and he was weaving in and out of traffic.

When he reached County Road 22, he drove between a car and a big rig and crashed into a truck.

The truck plummeted down a 20-foot embankment, resulting in injuries to two adults and four children.

Figueroa was killed while the other occupants of the vehicle suffered serious injuries. Carlyle also sustained injuries, accident reports stated.

Responding officers said Carlyle appeared to be under the influence and he tested positive for high levels of methamphetamine.

He was arrested on charges of vehicular manslaughter and DUI.  He was booked into Yolo County Jail on $1 million bail.

On February 24 this year, Carlyle pleaded no contest to the charges.

Speaking after the sentencing, District Attorney Jeff Reisig expressed hope that the sentence would serve as a deterrent to other drivers.

He said the young victim was a kind, sweet boy who looked out for his twin sister.

Reisig stressed that driving under the influence of drugs was not a victimless crime.

Next Deputy Stephen Harden and Colleague Involved in Separate Crashes 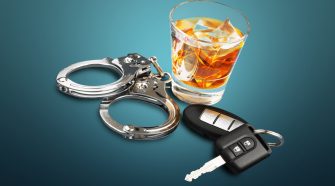