In a news briefing, the police said that the accident that sent the woman to the grave involved three vehicles. It happened at approximately 7:50 a.m. on the northbound lane of Kirk Road, near Ohio Drive. The authorities dispatched officers and firefighters from the St. Charles Fire Department to the scene shortly after the accident.

When they arrived, they determined that a car traveling north on Kirk drifted from its lane into the lanes heading south. The act caused the vehicle to sideswipe another automobile, before colliding head-on with a semi directly in front of it.

The collision’s impact severely injured Simpson and claimed her life. The police said she was already unresponsive when they arrived, and there was nothing they could do for her. They declared her dead at the accident site.

The accident report did not contain any information on the three injured persons or specify the severity of their injuries. The police did not also mention if the deceased was a driver in the crashed vehicle or one of the passengers.

Deputy Police Chief Erik Mahan said they closed the affected roadway for several hours while they cleared the scene and concluded their preliminary investigation. The latter is ongoing, and the investigators will disclose any new information later. 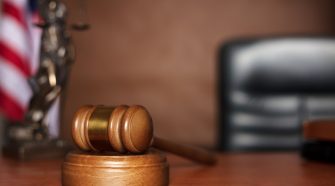