Illinois State Police are investigating a three-vehicle crash Monday afternoon near Litchfield that claimed the life of an 82-year-old Wisconsin woman.

Robin L. Francis, of Fond du Lac, Wis., was pronounced dead at the scene of the wreck, which occurred just before 4 p.m. Monday on U.S. 55 north of Litchfield. It’s unclear whether anyone else was injured in the crash.

According to an Illinois State Police preliminary report, Francis was a passenger in a vehicle driven by Richard S. Jaeger, 74, also of Fond du Lac. Jaeger was traveling northbound on the interstate when he crashed into the rear of a second vehicle, which had stopped in the left-hand lane.

The second vehicle, which was driven by Jorian Clarke, 62, of St. Louis, reportedly had stopped due to a wheel that was left in the road following an earlier incident. Jaeger’s vehicle struck Clarke’s, then careened off to the right side of the road where it struck a parked semi-tractor trailer operated by Richard Dowlarr, 49, of Springfield, according to the report.

The Illinois State Police Traffic Crash Reconstruction Unit is continuing to investigate the scene. The report did not list whether any citations were issued to the drivers involved.

Previous Report: Juzhen Feng Dies After Being Struck By Pickup In Cambridge

Next Police: Leon White Killed In Single-Vehicle Wreck In Centreville 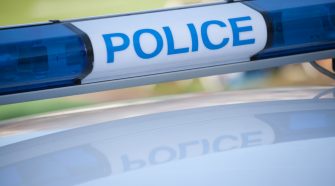