A woman lost her life in a fatal rollover crash that occurred near Forest Park, Illinois early on the morning of Friday, October 16. Authorities identified the deceased as Harina Griffin of Dubuque.

According to the details shared by the Illinois State Police, the unfortunate incident occurred on the I-290. Griffin was driving a vehicle with an 8-year-old girl with her as the passenger. Her vehicle was identified as a 2004 white Chevy Suburban.

She was traveling eastbound in the far left lane on the I-290. However, for unknown reasons, the Suburban drifted across the eastbound lanes. The vehicle then continued to veer away, finally colliding with the median barrier.

The vehicle collided with the barrier at a fairly high speed which caused it to roll over. It then caught fire. Griffin was ejected from the vehicle during the roll over. It isn’t known if she was wearing a seatbelt at the time. She sustained critical injuries in the crash and died on the scene.

The young passenger in her vehicle sustained serious injuries. As the first responders and paramedics reached the scene of the crash, she was rushed to a local hospital.

The accident occurred at around 4:30 a.m. Following the crash, authorities shut down the eastbound lanes for cleanup and investigations. The lanes remained closed for more than three hours. ISP continues to investigate the incident in order to better understand the cause of the crash. Subsequent accident reports may reveal the precise reason that led to the incident. 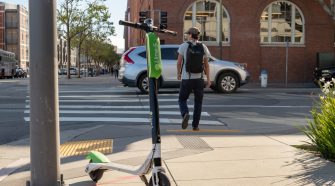