Multiple media outlets are reporting that a 12-year-old boy who was seriously injured in a hit-and-run crash in February in Deerfield has been released from the hospital after weeks of recovery.

Chase Thompson suffered serious injuries when he was struck by a vehicle at about 7 p.m. Feb. 7 on Deerfield Road, according to police. The driver then fled the scene, authorities said.

Thompson’s family appealed to the public after the wreck, promising to pay up to $10,000 toward the driver’s legal defense, but only if he or she turned him or herself into authorities.

The driver eventually was identified as Stacy Shapiro, 46, of Northbrook, according to authorities. Shapiro was arrested about a week after the incident on a charge of leaving the scene of an accident involving personal injury, a felony that carries a maximum of seven years in prison upon conviction.

Shapiro was released shortly after her arrest after posting bond, according to court records.

Thompson’s family said the boy has autism and is nonverbal. Injuries sustained in the wreck included broken bones, lung injuries and facial trauma, according to authorities.

The 12-year-old has been hospitalized since the crash, undergoing extensive treatments, media reports state. He finally was released this week, his father told local media outlets Friday. 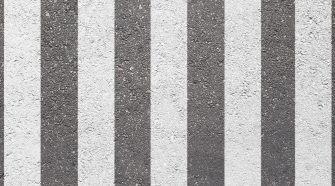