A driver who was killed in an accident that took place on Saturday, March 14 has been identified. Authorities identified the driver the next day on Sunday, March 15. The victim has been ID’ed as Kathryn Miller, 23, of Jamestown, Ohio.

According to the details shared by the Macon County Sheriff’s Office, the accident took place on the Interstate 72 between the exits for Oreana and Argenta. Kathryn Miller was traveling westbound on the road at the time. Miller apparently lost control of her vehicle due to the slick road conditions. As the vehicle veered out of her control, it skidded across the road and hit the overpass between the exits.

Miller sustained critical injuries in the collision. The authorities were notified about the crash at about 9 a.m. in the morning. By the time the rescue personnel arrived on the scene of the crash, Miller has succumbed to her injuries. Officials from Macon County Coroner’s Office pronounced the victim dead at the site of the crash. In details shared by the Chief Deputy Coroner, it was revealed that Miller had sustained critical injuries in the head and chest areas which ultimately caused her death.

In the wake of the crash, Macon County Sheriff’s Office, Macon County Coroner’s Office and others responded to the incident. Traffic in the westbound lanes of the I-72 also remained closed for nearly half an hour following the crash.

Adverse road conditions on the I-72 were responsible for several incidents over the weekend. Many vehicles slid off the roadway after the drivers lost control. However, no other crashes were reported.

Next Jaime Cardenas Jr. Killed in Fall From Train Platform 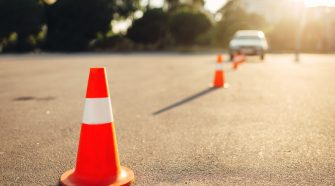