A news release by the Illinois State Patrol on Tuesday, July 7th, revealed the details of an auto-pedestrian collision that claimed the life of Tyler L. Rodriguez, 26. The accident happened in Danville, Illinois, on Saturday, July 4th.

The ISP said in the release that the victim was walking on US 150 westbound west of Henning Road on Danville’s east side before the occurrence. The accident report showed that an unknown passenger car struck Rodriguez at approximately 2:03 p.m. and continued driving.

The man passed away at the scene from the injuries sustained in the crash, and the responding medics pronounced him dead. There is currently no additional information on the crash, and the driver that struck Rodriguez remains at large. Anyone with relevant information should contact the ISP, and callers can remain anonymous if they choose.

Under Illinois law, a hit-and-run accident occurs when a driver flees a crash scene without stopping to render help to an injured person. Often, it is the driver at fault that flees for fear of legal consequences that might arise. A motorist who is not at fault would also be liable to answer a hit-and-run charge if he or she leaves the crash site.

The punishment a guilty person would face depends on the degree of damage caused, or the gravity of the injury suffered. The law provides for as low as one year jail time for a Class A misdemeanor and a $2,500 fine, to as high as five years imprisonment and a $25 000 for a Class 3 felony.

Next Motorcycle Crash in Lockport Claims Life of Christopher Dennis 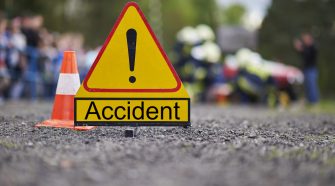 Gabrielle Gallegos Dies in Head-On Collision on the North Side