The accident report released by the sheriff’s office disclosed that a helicopter flew the victim to Javon Bea Hospital, Riverside, after the solo crash. It happened just before 7 p.m. on Johnson Road north of Route 173.

The police said that Koszuta’s 2018 Harley Davidson was southbound on Johnson when it veered off the roadway to the west. The man tried to bring the motorcycle back to the road but ended up crashing.

The investigators said that the victim was intoxicated when he crashed, and he was not wearing a helmet. They cited him for failure to reduce speed to avoid an accident and driving under the influence of alcohol. Koszuta is due in court on Tuesday, October 20th.

Wearing a helmet is one of the safest ways to prevent a head injury when a motorcycle crashes. Motorcyclists should always ride with one fastened to their heads, ensure that it has a face and eye protection, and adequate in-let and out-let for air.

Motorcyclists should wear safety apparel, drive within the speed limit, and properly maintain their bikes. Additionally, avoid riding while under the influence of alcohol or an illegal chemical compound. Doing the preceding will save lives and prevent adverse legal consequences. 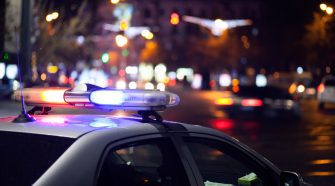