In the car accident report released by the DeKalb County Sheriff’s Office, officials stated that the victim’s car went off the roadway and flipped multiple times through a group of trees. Marshall was not wearing a seatbelt, and the crash impact ejected him from the car.

The teenager sustained severe injuries, and medics pronounced him dead at the scene. The police said that Marshall drove a 2004 Acura RSX northbound on Malta Road. He was near the intersection of Hortense Drive when he went off the road and crashed around 7:42 a.m.

The sheriff’s office said that the investigation into the occurrence is ongoing. There is no additional information at this time.

According to the Center for Disease Control, motor vehicle crashes are the leading cause of death among teens in the United States. Statistics from 2017 showed that about 2,364 teens aged between 16 and 19 died from traffic accidents, with about 300,000 getting treated in hospital emergency rooms.

The numbers show that at least six teenagers within that age bracket die due to accidents, with hundreds more injured. Teens within that age group are more prone to crashes than those aged 20 and older.

The death rate of male teenage drivers is above that of females. Also, teenagers with teen passengers are more likely to crash, as well as inexperienced teens with new licenses and without adult supervision. 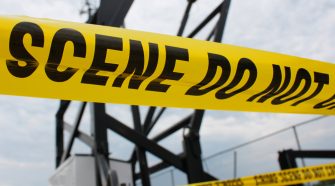