A motorcycle rider lost his life on Thursday morning, June 25th, after crashing the two-wheeled drive during a police chase in Portage, Lake County, Illinois. The Portage Police Department revealed the victim’s name as Theodore Hickman, a 21-year-old resident of the city.

The accident report showed that an officer encountered the man around 12:40 a.m. after they saw him traveling westbound on Central Avenue near the intersection of Willowcreek Road. Sgt. Rob Maynard said that Hickman had a valid motorcycle learner’s permit, but the motorcycle had no license plate, and there’s no record of its registration.

The officer then followed the bike to see if the victim was speeding, and the lawman saw him disregard a stop sign on Central. The motorcyclist ignored a traffic signal on Dombey Road and continued at high speed. The officer then activated the emergency light and siren to stop the motorcycle, but Hickman sped away, turning north on Indiana 51, and continuing west on I-94.

The man then closed in on a semi-trailer ahead, and the two vehicles pulled into the right lane at the same time, causing a collision. Maynard said that despite wearing a helmet, the rider suffered severe traumatic injuries; he rode 80 mph in a 55 miles per hour zone. An EMS team transported the victim to Northlake Methodist Hospital, where medical personnel pronounced him dead.

Illinois State Police officers responded to the scene at about 12:50 a.m. to conduct an independent investigation. The Lake County Coroner would perform an autopsy and toxicology test on Hickman.

The accident led to the closure of all westbound lanes of I-94 until 5 a.m. The LCS Reconstruction Team, Lake Station Fire/EMS, Burns Harbor PD, and first response Towing and Double T Towing assisted at the scene. 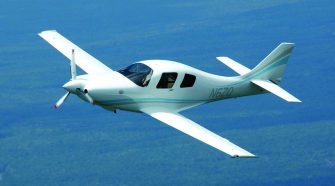