A rollover crash that took place in the Whiteside County left two people with injuries. The incident occurred on Tuesday, September 15 along the Emerson Road, just east of the U.S. Route 30. The driver of the vehicle involved in the crash was identified as Darryl Beasley, 54, of Sterling.

According to the details shared by the Illinois State Police, the accident happened on Tuesday afternoon and was reported to the authorities around 3 p.m. Beasley was driving a vehicle eastbound on the Emerson Road when he appears to have lost control of the vehicle. He had one other occupant in the vehicle at the time identified as Samantha Smoot, 26, also of Sterling.

As Beasley lost control, the vehicle veered away from the road and entered a ditch. It then collided with a pole before rolling over and coming to rest.

Neither of the two occupants of the vehicle was wearing seatbelts at the time of the crash. Smoot was ejected from the vehicle as it rolled over. Both Beasley and Smoot sustained injuries. Once the first responders and paramedics arrived on the scene of the crash, the two were transported to the CGH Medical Center in Sterling.

A number of local agencies and departments responded to the crash. These included Whiteside County Sheriff’s Office, CGH EMS and Sterling Fire Department. The Sheriff’s Office continues to investigate the incident. Latest accident reports reveal that Beasley has been cited by the authorities for improper driving on the shoulder of the road. Other charges are also expected. 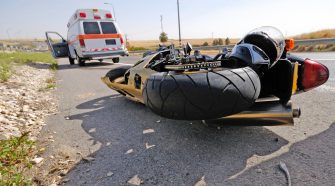