The man appointed by Illinois’ governor to oversee the Du Quoin State Fair allegedly was intoxicated Tuesday morning when he crashed his vehicle in Sangamon County.

Joshua R. Gross, 42, of Du Quoin, was driving north on Sherman Boulevard at about 3 a.m. Tuesday when he attempted to enter the ramp to U.S. 55, according to a report from the Illinois State Police. He lost control of his vehicle on a wet roadway and swerved, police said.

Gross’ vehicle struck a ditch before crashing into some trees before it came to a stop.

Authorities arrived at the scene, where they cited Gross with failure to wear a seatbelt, driving too fast for conditions, improper lane usage and driving under the influence, troopers reported. He was arrested and posted bond and was released shortly thereafter.

Gross formerly served as the clerk for Perry County. In 2019, he was picked by Gov. J.B. Pritzker to take over as the top official for the Du Quoin State Fair, an annual event in southern Illinois overseen by the state’s Department of Agriculture.

This year’s event will be held from Aug. 28 through Sept. 7. According to the event’s website, about 300,000 people attend the fair each year.

Next Authorities: Steve Smith Killed In Hit-And-Run Crash In Chicago 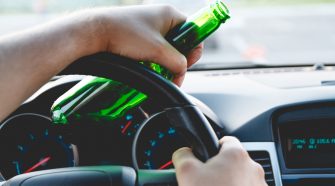