A Scales Mound, Illinois, native got injured in a single-vehicle crash at Jo Daviess County on the night of Monday, February 17th. He has been identified by the Jo Daviess County Sheriff’s Office as Ray L. Lafrançois, 35.

The sheriff’s office in a press briefing stated that Lafrançois was heading east on West Council Hill Road when he lost control of his car while driving through a sharp downhill curve. The road was icy, causing the injured man to drive off the main road.

The car spiraled until it ended up in a ditch and struck a large tree, leaving the vehicle wrecked. Deputies from the sheriff’s office got dispatched after receiving a 911 call at about 8:32 p.m.

They successfully got Lafrançois out of his car, but he had severe injuries. A waiting Galena ambulance then transported him to Midwest Medical Center, where he is undergoing treatment.

The crash is still under investigation by the sheriff’s office. So far, there’s no evidence of impairment or undue negligence on the part of Lafrançois.

In Illinois, icy roads are one of the causes of car crashes during winter, and it sometimes leads to fatalities. Authorities have advised motorists to always check the weather predictions and road conditions before venturing out.

Drivers should always ensure that their cars are up to date with maintenance and ready for winter. Have the right tires for icy roads, and avoid skidding by slowing down.

Avoid driving when there is little visibility, especially at dusk and early hours of the morning. Navigate the road with caution, and no matter how tempting, do not use cruise control on icy roads.

Next Ginorio Migdalia and One Other Injured in Interstate 70 Crash 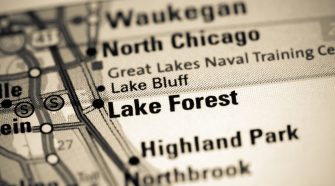