A two-vehicle crash Tuesday afternoon on an interstate near Joslin claimed the lives of two people and injured four others, according to authorities.

Songolo Lolonga, 38, and Wilonja M. Mashimango, 27, both of Rock Island, were killed when their jeep struck another vehicle head-on, the Illinois State Police reported. Car accident reports state that two other passengers in Lolonga’s vehicle were injured, as were two people in the other vehicle involved in the wreck.

Authorities said Lolonga was driving a jeep eastbound on Interstate 88 near Joslin at about 2:30 p.m. Tuesday when he lost control of his vehicle. The jeep went through the median and rolled over, coming to rest in the westbound lanes of traffic, according to car accident reports.

Lolonga and Mashimango died as a result of injuries sustained in the wreck, according to car accident reports. Lolonga’s other passengers, Isaya M. Abwe, 22, and Babocha E. Mmelwa, 42, also of Rock Island, were transported to an area hospital for treatment of serious injuries.

Thomas and his passenger, Marcia A. Thomas, 67, of Winfield, were transported to an area hospital for treatment of injuries that aren’t believed to be life-threatening. Car accident reports available Wednesday do not say whether authorities have formed a theory about what caused Lolonga to lose control of the vehicle. It is unclear whether factors like speed, intoxication or inattentive driving are suspected. 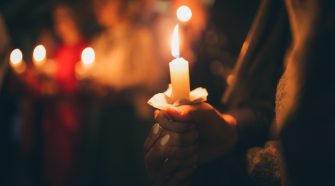