A chain-reaction crash on Interstate 80 near Joliet, Illinois, on Wednesday, July 29th, killed one motorist and left several others injured. The Illinois State Police revealed two of the victims’ names as Sukhwinder Singh, 28, of Bellerose, New York, and Harold C. Babbitt, 29, of Minonk.

The ISP placed the time of the occurrence at about 4:30 p.m. on the westbound lane of the interstate east of Interstate 355 in Will County. The investigators said that Babbit’s semi-truck was among the vehicles stopped in the centerline due to a traffic jam. The man was stationary when Singh failed to stop his semi and struck the back of the first vehicle.

The semi-truck then veered into the left lane, corrected to the right, and struck a third semi-truck. Babbitt’s semi caught fire, and the cab of his truck overturned on the passenger’s side. The state police said that Singh’s vehicle went up in flames, leaving him trapped inside.

The third semi struck the back of a Chevrolet Cavalier, which hit the rear of a Ford Edge. Babbitt, the driver of the third vehicle, and the cars’ operators sustained wounds that the police described as non-life-threatening. The medics transported them to a hospital to receive treatment.

The ISP said Singh died at the scene, and the medical personnel pronounced him. They closed I-80 for several hours and reopened it to traffic at about 1:30 a.m. on Thursday, July 30th. 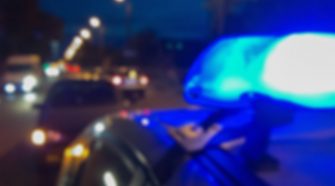