Authorities have released the identity of the motorcyclist killed in a weekend collision with a vehicle in Leverett.

Kevin Douville, 57, of Belchertown, died as a result of the injuries sustained in the Saturday afternoon wreck, according to car accident reports from the Northwestern District Attorney’s Office. One other person also was injured as a result of the crash, authorities said.

Investigators said Douville was driving on Long Plain Road just after 2 p.m. Saturday when he crashed into a vehicle that was attempting to turn into a driveway. Douville died as a result of his wounds, according to car accident reports.

Douville’s passenger, who was not identified publicly by authorities, was transported to an area hospital for treatment of injuries that were serious, but not thought to be life-threatening. The driver of the vehicle Douville struck, identified only as a woman in her 80s, did not report any injuries.

Authorities said the other driver stayed at the scene of the collision and cooperated with investigators. No charges or citations have been announced in connection to the incident.

The incident remains under investigation by multiple agencies, including the Leverett Police Department. Car accident reports available Tuesday do not say whether authorities believe factors like speed, intoxication or inattentive driving are thought to have contributed to the incident.

It wasn’t clear whether additional information will be released about the incident in future car accident reports. 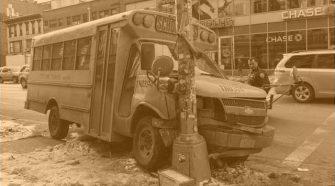