The Reno Police Department has arrested a suspect in Friday’s fatal hit-and-run accident at Longley Lane and South McCarran Boulevard. A pedestrian died in the crash.

Forty-nine-year-old Richard Lee Milburn Jr. is now facing charges of hit-and-run causing death and not having a valid registration.

Police said they identified the make, model and approximate year of the vehicle involved in the crash and then found the suspect’s vehicle parked in a nearby neighborhood.

Early on Friday, Reno police had asked for anyone with information about the crash to come forward.

Just after 5:30 a.m., officers arrived on the scene and found the body of a male pedestrian in the roadway.

The man’s name was not released since police had not yet notified his next of kin.

Officials said the man was not on a crosswalk when he was struck.

Sergeant Alan Hollingsworth said it appeared the collision occurred mid-block. He said it didn’t happen in the intersection, but he was uncertain about exactly how the accident occurred.

There was no vehicle in the area when police arrived.

In Nevada, the law mandates that drivers stop and assist anyone injured in a crash. If anyone needs medical attention, they should get help. The driver should also notify law enforcement and provide their relevant details to the investigating officer.

If a hit-and-run accident results in death or bodily injury to an individual, it is a felony offense. It is punishable by a minimum of two years in prison and a maximum of 20 years.  If Richard Lee Milburn Jr is convicted, he will also face a fine of up to $5,000 and have his driver’s license revoked. 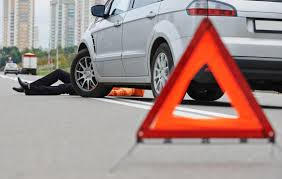