The man who drove the wrong-way in Sparks, Nevada, while impaired would need a drunk driving attorney’s expertise following his arrest. 47-year-old Ramiro Ramirez caused a head-on collision that sent at least one person to the hospital with unspecified injuries on Monday, September 21st.

The accident occured in the 1000-block of El Rancho Drive. The Sparks Police booked Ramirez into the Washoe County Jail on suspicion of DUI and driving without a license.

The police are holding the suspect without bail, and there’s no information on his arraignment at this time. The investigation into the accident is ongoing.

Nevada DUI laws prohibit adult drivers from operating a motor vehicle or other automobiles while under the influence of drugs or alcohol. This means that motorists must not drive with a blood alcohol concentration (BAC) of .08% or more within two hours of consuming an intoxicant.

The BAC is different for commercial drivers and young people below 21 years. For the latter, they must not have .02% BAC or above, while the former are limited to .04%. A first time DUI offender faces a misdemeanor charge.

The penalty ranges from two to six months in jail, $400 to $1000 fines, online DUI school, Victim Impact Panel, and 185 days driver’s license suspension. Offenders who install an ignition interlock device in their cars might get a restricted license. However, if the person commits DUI offenses repeatedly, causing bodily harm or death, they will face more severe punishments. 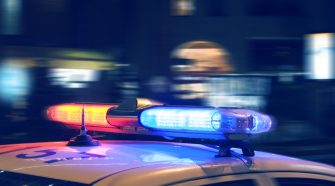