A 17-year-old high school student was killed Tuesday afternoon in a single-vehicle wreck in Tarrant County, according to authorities.

Colby H. Etheredge, of Richland Hills, died at a hospital shortly after the wreck, The Terrant County Medical Examiner’s Office announced Wednesday. The official cause of death was listed as a blunt-force injuries due to a motor vehicle collision.

According to the Haltom City Police Department, authorities were called to the 6800 block of Texas 121 northbound at 5:40 p.m. First responders located a pickup truck that had run off the road and crashed into a creek.

“The vehicle had sustained major front-end damage,” police wrote in a press release. “The sole occupant was still inside the vehicle.”

The driver, identified by the medical examiner’s office as Etheredge, was taken to John Peter Smith Hospital in Fort Worth. He was pronounced dead at about 6:40 p.m., authorities reported.

Police have not yet disclosed what they believe caused the wreck. The investigation is ongoing, authorities said.

“No other vehicles appear to be involved,” police wrote in the press release. 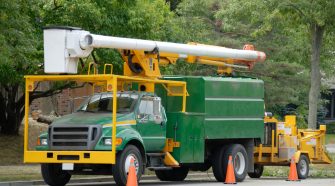