Waco Police Department officials are investigating a rollover crash that claimed a woman’s life over the weekend in Waco, Texas. The incident took place on Saturday, June 20, as stated in the accident reports provided by the police.

The incident involved a single vehicle on the 1100 block of Dallas Street. The WPD responded at the location shortly after receiving calls reporting a serious accident that left one person in critical condition.

Responding officers discovered a wrecked dark-colored Kia 4 door sedan which had overturned following the crash. Investigative findings suggest that the vehicle may have been speeding along the roadway when it encountered the accident. One person ended up ejected from the car and suffered fatal injuries. Medics declared the victim dead at the scene shortly after they arrived.

The Waco PD later disclosed the victim’s name as 25-year-old Skyla Cox. Officers did not specify how many occupants were traveling in the vehicle alongside Cox, or which of the involved parties was operating the car when it crashed. Detectives believe speed played a role in the traffic collision. The accident reports, however, failed to ascertain whether impairment was a factor.

The cause and liability of the accident remain under investigation by the Waco Police Department.

Motorists should always strive to drive within the permissible speed limit when traveling on roadways to prevent the occurrence of such mishaps. In case of a collision, witnesses should endeavor to call in the accident as soon as possible to facilitate a timely response, thereby increasing the victims’ chances of survival. 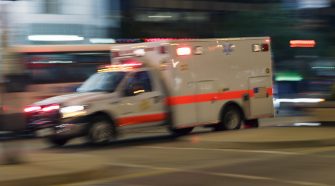