A woman who drove her car into a patrol cruiser and injured two cops while driving under the influence of alcohol would require a drunk driving attorney. The incident, which led to the suspect’s arrest, happened early on Thursday morning, May 14, in Dallas, Texas.

Officers recorded the incident just before 4 a.m. on the southbound Interstate 35 East. Police reports affirmed that the woman injured the officers, who were at the time responding to an earlier crash on the freeway, near the Marvin D Love Fwy split.

The suspect, identified as 21-year-old Dominica Lopez, allegedly failed to move over for the marked cruisers, while traveling southbound on I-35E. As a result, she collided head-on with the front right side of the squad car. Officers said the red lights on the cruiser were up when the collision occurred.

The impact of the collision caused the squad cars to spiral counterclockwise, sweeping both officers off the road before coming to a halt. The struck lawmen ended up with minor injuries. Two other women in Lopez’s vehicle, both 21, sustained injuries in the traffic wreck. One of them, seated in the front passenger seat, suffered a broken arm while the backseat passenger broke her nose.

Medics transported all four injured victims to Methodist Central hospital for treatment. Investigators determined that the motorist, who was not seriously hurt, appeared impaired. They took Lopez into custody on suspicion of Intoxication Assault X2, which is a third degree felony.

Motorists caught up in DUI criminal charges can consult a drunk driving attorney for representation. 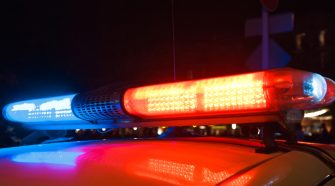