It’s hard to imagine that someone would risk their lives all the time as a volunteer firefighter and then end up getting injured in a car accident. This was the case this week in Fort Bend County, Texas.

A grandfather was driving with his two little grandchildren in the back seat of his car. For some reason, he lost control of his car and crashed into a volunteer firefighter. The firefighter was Seth Farquhar. He was off-duty at the time of the crash and was in his personal vehicle.

The accident happened at FM 361 and FM 1994 near Richmond, Texas. Unfortunately, the grandfather was killed in the crash. The authorities have not yet released the name of the grandfather. Nor have they released the ages or names of the children who were injured in the crash. The investigation is still ongoing and no cause has been confirmed in this crash. There has also not been any statement made by the victim’s family.

They are hoping the Farquhar will make a full recovery. He was a volunteer firefighter so it’s actual career. This is what makes it so sad. He puts his life at risk to help save other people and he may not have been able to save himself this time. 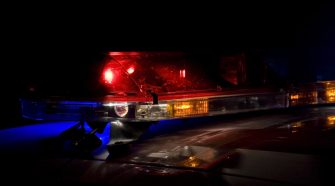