New accident reports released by the Montague County authorities confirmed the death of a man who was struck last week by a moving train in Sunset, Texas. The county sheriff’s office disclosed the deceased’s identity as Garry Wise, a 49-year-old resident of Sunset.

The cash was reported on the afternoon of Saturday, April 25. According to the reports, the man was crossing the railroad tracks on Spur 511 in his truck when the collision occurred.

Investigators determined that Wise was the driver of a pickup truck that attempted to beat a Montague Co train to the other side of the tracks.

Just as the truck sped across the Burlington Northern track, the train, traveling south at the time, struck his vehicle. The impact of the collision caused the motorist to be expelled from the pickup onto the floor, the train engineer confirmed.

Emergency responders declared the pickup driver dead at the scene. The train that struck and killed Garry Wise was reportedly traveling at 40 mph.

Officers believe that as a resident of Spur 511, the fatal encounter was most likely not the first time the motorist had attempted the maneuver. Impairment did not appear to have been a factor.

There was no other person present in the pickup truck with Wise at the time of the tragic collision. Also, no passenger in the train was hurt, the accident reports affirmed. The incident remains under investigation.

Next Lucino LandaVerde Identified as Victim of Austin Two-Vehicle Collision 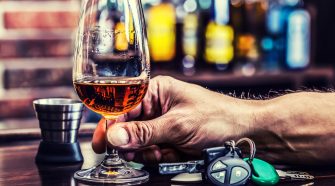