A deputy U.S. Marshal accused of being drunk behind the wheel during a late January crash in San Antonio in which a woman was fatally injured now faces a charge of manslaughter.

Jonathan P. Jones, 40, was arrested Wednesday on a charge of intoxication manslaughter, according to Bexar County authorities. He previously was charged with intoxication assault for his role in the Jan. 31 crash that seriously injured and eventually claimed the life of Taylor E. McCowan, 23, police said.

Jones has been on administrative leave from the U.S. Marshal’s Service since he was arrested on the earlier charge. A drunk driving attorney is representing Jones during his ongoing court proceedings.

Police said Jones was driving the wrong way on Loop 1604 near the Babcock Road exit in San Antonio at about 1 a.m. Jan. 31. He eventually crashed head-on into a vehicle operated by McCowan, according to investigators.

McCowan suffered permanent brain damage as a result of her injuries, local media outlets report. She was hospitalized for weeks in critical condition, dying on Feb. 15.

Jones was arrested the night of the wreck, but was soon released after posting a $50,000 bond, San Antonio authorities reported. A Bexar County grand jury indicted Jones on the new charge last week, and he again was arrested and ordered held on a $60,000 bond.

Jones will need the services of a drunk driving attorney to represent him during upcoming court proceedings. 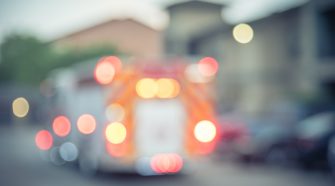 Samantha Grinnell and Three Others Injured in Sterling Auto Collision