Updated reports of a car accident confirmed the death of a woman who got involved in a traffic collision in Bedford, Texas. The Tarrant County Medical Examiner’s Office, on Monday, June 20, identified the victim as Nashaly Mendez Frontera, a 22-year-old resident of Richland Hills.

The Bedford Police Department deployed officers to the scene following calls from other commuters reporting a single-vehicle wreck on westbound Texas 183 in the Fort Worth suburb. The accident happened just before 7:15 a.m on Saturday, June 20, and left one fatality in its wake, the reports affirmed.

The circumstances leading to the crash remain unclear, but responding officers confirmed that Frontera was the driver of the vehicle involved. The reports failed to establish if other commuters were traveling alongside the woman at the time of the occurrence.

First responders pronounced the victim deceased at the scene, at precisely 7:17 a.m. The office of the Tarrant County Medical Examiner revealed her cause of death as blunt force and penetrating injuries sustained in an accident.

The crash is under investigation by the Bedford Police Department. Investigators would try to establish the cause and liability of the accident.

Some of the leading causes of single-car crashes include overspeeding, distracted driving, intoxication by either drugs or alcohol, and an underlying fault in the vehicle. The BPD would include additional findings from the investigations in subsequent reports of the car accident.

Next Patrick McNamara Identified as the Motorcyclist Killed in Sacramento Accident 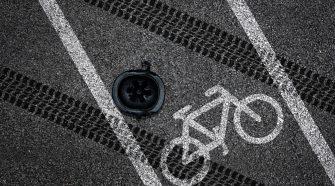