The driver accused of fatally striking a pedestrian with his vehicle Thursday night in Tempe has been arrested on multiple charges, according to authorities.

John Valenzuela, 31, was arrested after the deadly crash, which occurred at about 9 p.m. Thursday, according to a release from the Tempe Police Department. Authorities said he was impaired when he struck and killed a 77-year-old woman while she attempted to cross a street.

It is unclear from records available Friday whether Valenzuela has obtained the services of a drunk driving attorney.

Police said Valenzuela was driving on Mill Avenue near Southern Avenue at about 9 p.m. Thursday when he struck a woman who was attempting to cross the street. The woman, identified by authorities only as a 77-year-old woman, died as a result of her injuries.

Additional details about the wreck and the events immediately preceding weren’t available Friday evening. It’s unclear whether Valenzuela or anyone else was injured as a result of the incident.

The investigation is ongoing by the Tempe Police Department. If he has not already done so, Valenzuela will need to hire a drunk driving attorney to represent him during upcoming court proceedings. 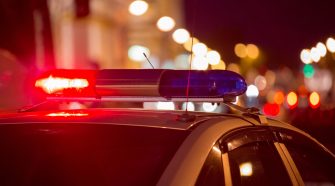