Authorities have identified the driver of a motorcycle who died from injuries suffered in a crash Thursday morning involving the victim’s motorcycle and a passenger car.

The deceased driver has been identified as 62-year-old Martin Weston of Cottonwood.

According to the Cottonwood Police Department, the accident occurred at approximately 11:36 a.m. on Thursday, February 27, near the 800 block of South Main Street in Cottonwood.

“Upon arrival, emergency medical services personnel were already performing life-saving measures on the motorcycle rider. Shortly thereafter, he was rushed to a nearby hospital for further treatment. Due to the severity of the injuries noted at the scene, officers diverted, and re-routed traffic to nearby streets.”

Weston was taken from the scene by ambulance to Verde Valley Medical Center. He passed away a short time later, according to Cottonwood police.

Police said there were no signs of impairment detected on either of driver. However, Weston was not wearing a motorcycle helmet.

The investigation is ongoing and, once complete, will be forwarded to the appropriate court if charges are appropriate.

South Main was closed in both directions for almost two hours between South Camino Real and South Villa Street. 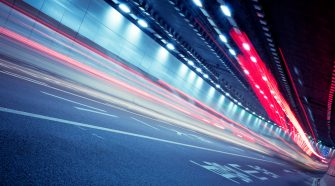