A pedestrian suffered fatal injuries when he was struck by a vehicle late Wednesday while attempting to cross a roadway in Phoenix, according to police department officials.

Herman Nakai, 64, was pronounced dead at the scene of the crash, Phoenix Police Department officials reported. No other injuries were reported in connection to the incident.

Authorities said Nakai was walking near 58th Avenue and Thomas Road at about 10:30 p.m. Wednesday when he was struck by a vehicle.

Emergency responders were called to the scene to address Nakai’s injuries. However, emergency medical personnel ultimately pronounced him dead before he could be transported to an area hospital for treatment.

Police said the driver, identified only as a 45-year-old man, remained at the scene and waited for first responders to arrive. No charges or citations had been reported by the Phoenix Police Department as of Thursday night.

Police have not said why Nakai was walking in the area or where precisely the crash occurred. 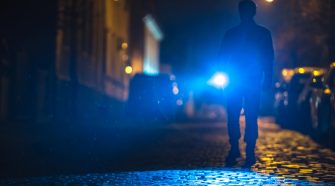 Mandy Morehouse Found in the Woods After Hinesville Accident