A former Waymo contractor has been arrested after allegedly forcing one of the company’s self-driving cars to crash in Tempe, Arizona in January.

Police say Raymond Tang, 31, drove his Mazda recklessly around the Waymo’s car and eventually swerved in front of it and slammed his brakes. This caused the vehicle to rear-end him.

The vehicle in the collision was being driven manually by a human safety driver. Court records say the unnamed woman was taken to hospital for her injuries as well as difficulties related to asthma.

The crash was caught on video by the Waymo car’s cameras and later posted online. A dark Mazda is seen swerving several times in front of the self-driving car before applying the brakes and causing a fender-bender.

He later admitted to police that he brake-checked the Waymo – slammed the brakes at unexpected times hoping that he would be rear-ended.

He previously worked for Genesis10, a third-party contractor that supplied autonomous vehicles to Waymo. He was fired a year before the incident when he allegedly failed to meet safety standards.

Tang was also involved in a January 30 incident which resulted in charges of disorderly conduct and criminal damage.

He has now been booked into the Tempe City jail on charges of criminal damage, aggravated assault, endangerment, and reckless driving. 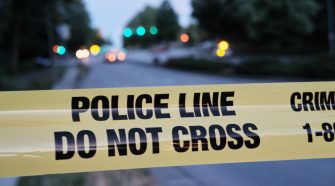