Christopher Davidson, 31, was killed early Monday morning in the Eastside neighborhood of Riverside, after being a passenger riding with a driver who may have been drunk.

The crash occurred at 2:15 a.m., on University Avenue near Eucalyptus Avenue. The circumstances of the collision are unclear, but the car, driven by an unidentified 31-year-old, collided with multiple trees and a light pole.

The car was wrapped around the light pole for several hours after the crash.

Davidson, a resident of Moreno Valley, was pronounced dead at the scene.

The driver suffered moderate injuries and was hospitalized. Police suspect he was under the influence of alcohol.

Next Several Injuries in Rollover Crash 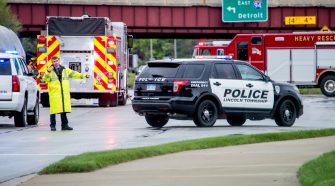