Nine people were injured in an SUV rollover crash in Templeton on Sunday.

At approximately 6:40 p.m., a 1999 Toyota 4Runner was traveling east on El Pomar Drive near Moss Lane when the vehicle lost control and rolled over.

Nine people were in the vehicle, including seven in the back who were not wearing seat belts. The unrestrained passengers were thrown from the vehicle in the crash.

All nine suffered injuries of varying degrees, and all were hospitalized.

The driver and all of the passengers were minors between the ages of 15 and 17, with the exception of 18-year-old passenger Jordan Nybakke.

The exact cause of the crash is still under investigation, but drugs and alcohol are not believed to be a factor. 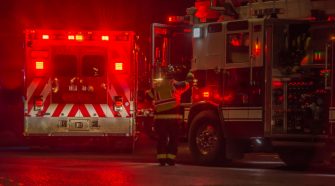