Following a hit and run accident early Monday morning, California Highway Patrol searched for a driver, who caused the crash before he fled the scene.

The suspect was named as 39 year old Rodney Trenell Thurman. Thurman was traveling south on Highway 99 in a BMW X5 when he sideswiped a Buick, near the 12th Avenue intersection.

After the initial contact, the Buick hit the center divide before rolling back into traffic — causing a second collision with a Nissan.

Following the crash, Thurman reportedly fled the scene on foot, leaving the car and an injured female passenger.

If you’ve been injured or lost a loved one in a hit and run accident, you have rights. Use our form below to schedule a free consultation with one of Our sponsoring attorneys and learn more about your case.

Previous Victim in Fatal I-57 Crash Identified as Shirley Davis, 48, of DeKalb 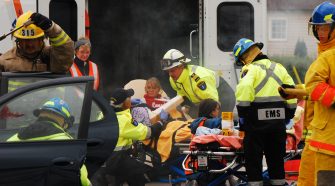