The Illinois State Police have identified the two fatal victims of a car collision on Interstate 57 in Iroquois County, Illinois. In updates made to the car accident report on Thursday, October 15th, they revealed the victims’ names as Aaron C. Reed, 26, of Onarga, and Tazia S. Crite, 21, of Pembroke Township.

The incident occurred around 12:53 a.m. at mile marker 266, 6 miles north of Buckley. In a news release, the ISP said Reed’s 2019 Honda Civic collided with the 2010 Ford Fusion Crite traveled in as a passenger.

The preliminary investigation showed that the Honda driver traveled south on the interstate when he crossed over the center median for an unknown reason. The vehicle entered into the northbound lane and struck the Ford.

Immediately after, a 2020 International truck-tractor traveling in the northbound lane struck the Ford. The collision impact ejected a three-month-old infant from Beaverville in the vehicle’s backseat onto the roadway.

Reed and Crite sustained extensive injuries and died at the crash site. The Iroquois County Coroner pronounced them dead. The Ford driver, the truck tractor operator, and one other victim suffered non-life-threatening injuries and received treatment in a local hospital.

The state police said they closed the affected roadway for about eight hours while they concluded their investigation and cleared debris from the road. There is no additional information on the occurrence at the time of this report. 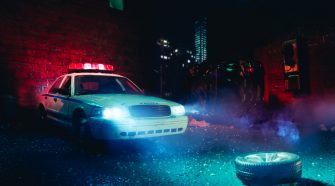