A 44-year-old Milwaukee man was taken to hospital with life-threatening injuries on Sunday afternoon, according to accident reports.

Beau B. Carbonneau was ejected from his motorcycle on Interstate 355 southbound at Milepost 9.25 near the exit to Archer Avenue in Illinois.

Preliminary investigations by the Illinois State Police revealed that Carbonneau was going south on a 2019 Black Can AM motorcycle.

As he moved from the right lane to the center lane, police said he hit the rear driver’s side of a 2003 Ford pickup.

That vehicle was driven by 76-year-old Tom Tibbetts of Addison.

Carbonneau lost control of his motorcycle as a result of the impact and was thrown from the vehicle. The exact nature of his injuries was not released. Police did not indicate that Tibbetts suffered injuries.

The accident happened at 2:28 p.m. and resulted in the closure of the left and center lanes for around three hours.

Investigations into the accident are continuing and police did not reveal any additional information.

In 2017, Illinois recorded 3,326 motorcycle crashes and 2,514 motorcyclists received injuries. Some of the injuries were catastrophic or fatal.

Accidents involving motorcycles are often more dangerous than those involving passenger cars only. They tend to result in more serious injuries. When these accidents are caused by someone else’s negligence, the injured motorcyclist may be entitled to compensation. 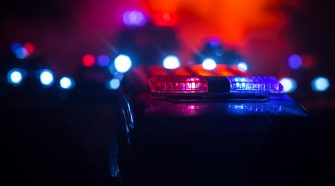