Five people suffered injuries after a multiple vehicle collision on Edens Expressway, Chicago, Illinois, late Wednesday, August 12th. The car accident report disclosed that the events leading to the collision began with one of the victims, Nicholas A. Boyd, 27, of Chicago.

The Illinois State Police said that their preliminary investigation uncovered that the man and his female passenger, Tiffany S. Crape, 28, of Chicago, traveled south on Interstate 94 north of Lake Avenue. The motorcyclist struck the rear-end of a trailer pulled by a 2011 Kia.

The collision impact caused the motorcycle to veer across two lanes where it struck another bike operated by 24-year-old Ardjent Bektesi of Elk Grove Village. The second two-wheeled drive then hit the concrete wall on the left side of the roadway.

The police issued Bektesi citations for violation of driver’s license classification, operating an uninsured vehicle with a canceled, suspended, or revoked Illinois registration, and driving too fast for conditions or failure to reduce speed to avoid an accident.

The occurrence led to the closure of Edens from 11:57 p.m. while the investigators cleaned the crash site and gathered evidence. The northbound lanes reopened at about 12:47 a.m. while the southbound lanes opened at 5:41 a.m. There is no additional information at this moment.

Next Viviana Lujano Killed in Rear-End Collision at Indio Intersection 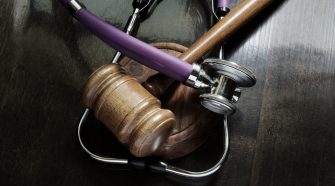