A driver in a fatal two-vehicle wreck Sunday night on Interstate 80 in Grundy County has been arrested on a charge of driving while under the influence.

Jean C. D. Wilson, 20, of Morris, was arrested Monday on two charges of aggravated driving under the influence causing death, according to the Illinois State Police. Investigators said he was intoxicated at the time of the crash that killed Brandon E. Heard, 43, of River Grove, and seriously injured another man.

Wilson likely will need to seek the services of a drunk driving attorney.

Troopers said Wilson was parked on the side of Interstate 80 westbound near Brisbin Road at 11:55 p.m. Sunday when he attempted to merge into traffic. Wilson’s vehicle was struck from behind by a semi-tractor trailer operated by Heard, according to authorities.

Heard was pronounced dead at the scene of the wreck by emergency medical personnel. Wilson suffered non-life-threatening injuries.

A press release issued by the Illinois State Police after the wreck said Wilson’s passenger, Jesse M. Smith, 25, of Morris, also was killed in the wreck. However, updated information released Tuesday described Smith as being in critical condition at an area hospital.

The Grundy County State’s Attorney’s Office filed two felony charges against Wilson. He made an initial court appearance Tuesday, and his bond was set at $500,000.

If Wilson would like to have his bond amount reduced, he will need to have a drunk driving attorney file a motion on his behalf.

Next Moshe Just Killed in Vehicle-Pedestrian Crash Near Flagstaff 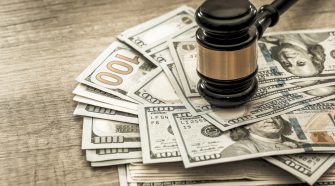