Three pedestrians were seriously injured in an incident that took place in the West Town neighborhood of Chicago on Friday. Marshall Tucker, a teacher at the Morton High School, was one of the injured pedestrians. He sustained multiple injuries in the incident.

The incident took place when a driver attempted to make the green light but lost control of the vehicle in the attempt. The vehicle was a black Hyundai Santa Fe and the driver was headed southbound on the Halsted Street at the time. As the driver approached the intersection, the vehicle veered out of control and ran into the path of the oncoming traffic. It was then that the car hit the three pedestrians who were crossing the street.

Marshall Tucker and the two other pedestrians were together at the time. They had spent some time at the Haymarket Pub and Brewery nearby. At the time of the collision, they were planning to have dinner at another location to which they were walking.

After hitting the pedestrians, the SUV hit a parked vehicle and then came to a stop. The driver of the vehicle also sustained significant injuries and was taken to the hospital.

Of the three pedestrians injured in the collision, one was in critical condition while the other two sustained relatively less serious injuries. Marshall Tucker suffered injuries to his ear, leg, hip as well as the back of his head. He also reportedly has a brain bleed from the injuries sustained in the crash. 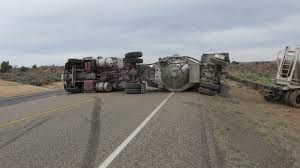