A DUI crash in the Massac County area of Illinois on Saturday, June 27th, led to the arrest of 27-year-old Jose Coronel-Bautista. The male driver was behind the wheel of the red 2003 Ford F-250 involved in the solo crash.

The preliminary investigation conducted by the Illinois State Patrol revealed that the accident happened around 9:30 p.m. on the ramp between US 45 and Interstate 24. Investigators said that Coronel-Bautista took the off-ramp on the first roadway, went off the road, and overturned after an overcorrection.

The man had three passengers in the car, including a 4-year-old girl who passed away from injuries sustained in the crash. The Massac County Coroner pronounced the minor dead. The other occupants were identified as a 27-year-old adult, an unnamed male, and a 17-year-old teenager who suffered injuries and received treatment in a hospital.

Under Illinois law, felony aggravated DUI is a more severe offense than a misdemeanor DUI. The former has a maximum jail sentence over one year. The minimum a convicted person would serve is ten days in jail or 480 hours of community service, and he or she may need to hire a drunk driving attorney for legal advice and representation. 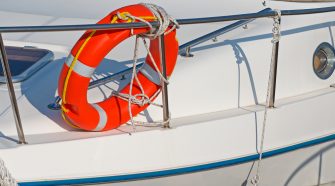